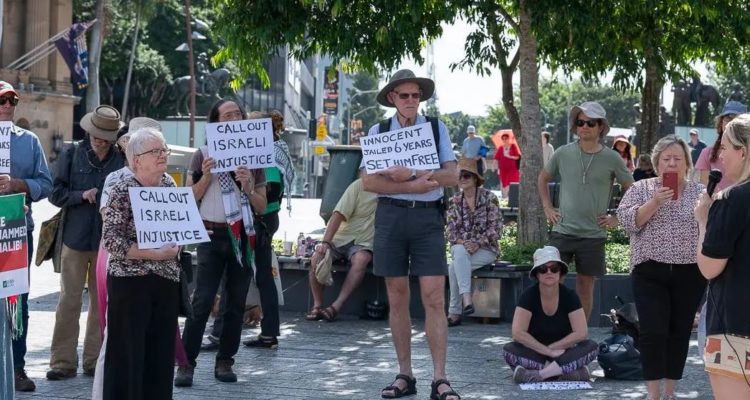 Palestinian man jailed in Gaza by the Israeli authorities on the basis that he streamed $50 million from the Australian Government to Hamas, a organization labeled as being a terrorist group by both Israeli and Australian governments. Despite an audit by DFAT the Israelis continued to detain Mohamed el Halabi even though he has the full support of World Vision’s former CEO here in Australia, Kim Costello, the brother of the former treasurer of Australia, Peter Costello. Mohammed el Halabi is an agronomist by training, he worked hard with World Vision – supporting children traumatised by war and helping fishing and farming families to improve their livelihoods.

One can only conclude that Israeli authorities just pick up whom they wish and make up fictitious charges that could never be upheld in a properly constituted court of law. How does a young Palestinian man funnel money from the Australian Government to a so called terrorist organization? I really do not think we should be making an argument saying that Mohammed el Halabi should be released because he was innocent of sending money to Hamas … that makes Hamas look as evil as the Australian & Israeli governments say they are. Hamas are trying to defend their own people! They are desperate because the world stands by as genocide in an open air prison is afoot. Isn’t this the argument the Australian government is making in favour of the Ukranians taking up arms against the horrible Russian invaders? Why should Israeli soldiers’ invasion of Palestine be immune from criticism?

Read the article in the Workers Bush Telegraph.