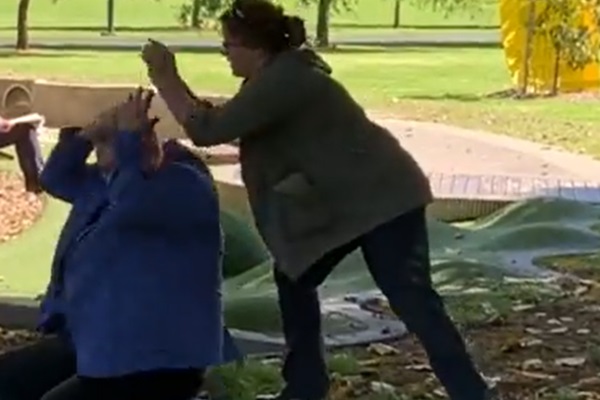 United Australia Party leader Craig Kelly has described an incident in which he was hit with an egg as “very disappointing”.

Footage emerged of a woman hitting Mr Kelly with an egg in her hand while yelling “stop hanging out with Nazis” on Friday afternoon at around 1:25pm.

She also called him a “Nazi-lover” and an “anti-Semite”.

Mr Kelly was meeting with other candidates and supporters of the United Australia Party at Fawkner Park in South Yarra.

The incident has been reported to Police and Mr Kelly said he intended to press charges.

“It’s not about me about getting hurt anyway, but it’s the precedent that this sets,” he told Tony Jones, filling in for Tom Elliott on 3AW Drive.

“If someone is able to get away with this act, and no member of parliament can walk through the streets of any of our major capital cities freely without the concern about being attacked in such a way.”

Listen to the segment with Tony Jones on 3AW.