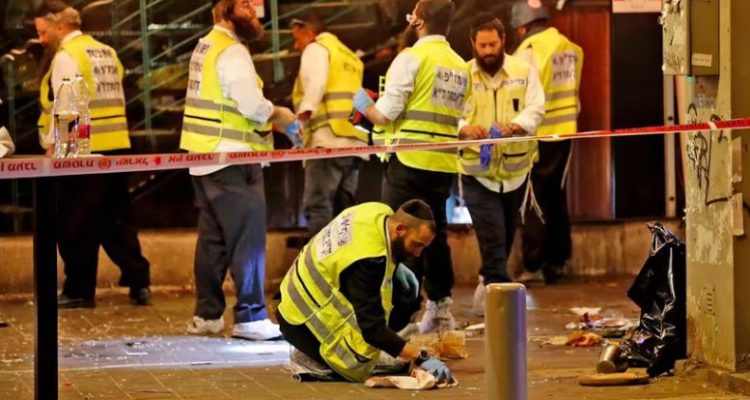 Is Israel facing a new Intifada?

Dizengoff Street is one of the busiest thoroughfares in Tel Aviv, a strip of bars, restaurants and Bauhaus architecture that is typically bustling with young people on a Thursday evening. Last night, it was the scene of the latest Palestinian terror attack when a gunman opened fire outside the Ilka bar, killing three and wounding nine. One of those killed was Olympic kayaker Barak Lopen, who represented Israel at Beijing 2008 and London 2012. In the past two weeks, 14 Israelis have been killed by a mixture of Palestinian and Israeli-Arab terrorists. For comparison, there were 17 terrorism-related fatalities in the entirety of last year.

I asked on Coffee House last week if Israel was in the midst of another wave of terrorist violence. Dizengoff Street answers that question. The shooter, Ra’ad Fathi Hazem, was a 28-year-old from the Jenin refugee camp in the West Bank. After firing on the bar patrons, he led the police on a chase to Jaffa where he hid near a mosque. When officers tracked him down, he opened fire and was then killed in the ensuing gun battle. His family has praised his actions, with his father saying: ‘You will see the victory soon… God, liberate the Al-Aqsa Mosque from the occupiers.’