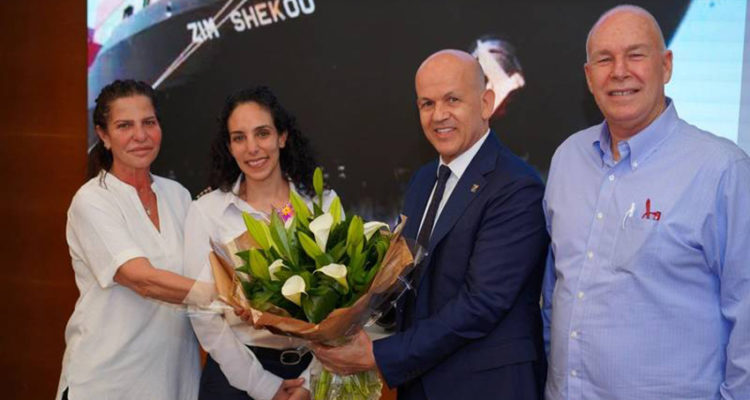 Ms Ben-David said: “It’s with great pride and excitement that I take command of a ship. I chose a maritime career out of love for the sea and out of a desire to achieve a huge challenging goal in a professional field which is almost unknown to the general public. A career at sea is fascinating, challenging and rewarding. I look forward to going to sea for the first time as a captain.”

Ms Ben-David joined Zim as a cadet in 2009, promoted to third officer in 2012, and she rose through the ranks to become chief officer in 2019. She qualified as a ship’s master in 2021. After fulfilling a required period, a committee headed by Zim COO David Arbel recommended her appointment to the position of captain.

Shani Ben-David will take command of the container ship Zim Shekou at the beginning of May this year.

Zim president and CEO Eli Glickman said the historic appointment of Ms Ben-David as the first female captain in the Zim fleet is exciting and inspiring.

Read the article by Ian Ackerman in Daily Cargo News.