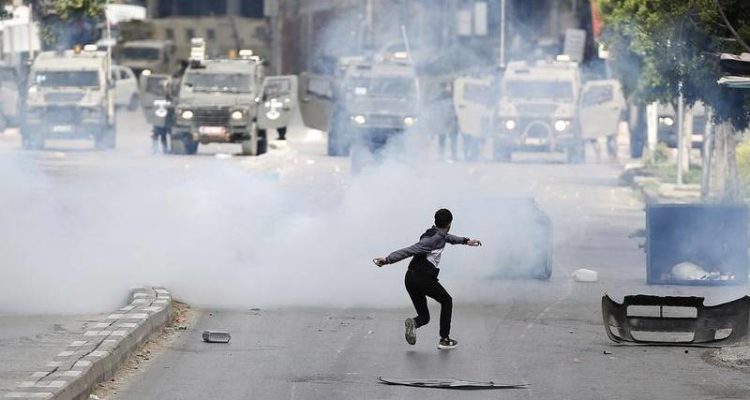 Palestinians throw stones at Israeli troops during clashes in the West Bank city of Nablus.

The Palestinian Health Ministry said on Wednesday soldiers shot and killed a 14-year-old near Bethlehem.

The Israeli military said he had thrown a petrol bomb at the soldiers, who “used live ammunition in order to stop the immediate threat”.

In a separate incident, a Palestinian was killed by Israeli military gunfire in Nablus, on a main street near Joseph’s Tomb, the ministry said, referring to a Jewish shrine where Israel carried out repair work on Wednesday after Palestinians had vandalised it.

The ministry identified the man as Mohammed Assaf, 34, a lawyer who worked for a department of the Palestine Liberation Organisation that documents and lobbies against Israeli settlement activity on land Palestinians seek for a state.

An official from the PLO anti-settlement unit said Assaf had been driving his nephews to a nearby school and had stopped on the side of the road to watch events unfold when clashes erupted at the tomb.

A military statement on West Bank operations on Wednesday said an “armed suspect” was hit near Nablus. It was unclear whether it was referring to Assaf.