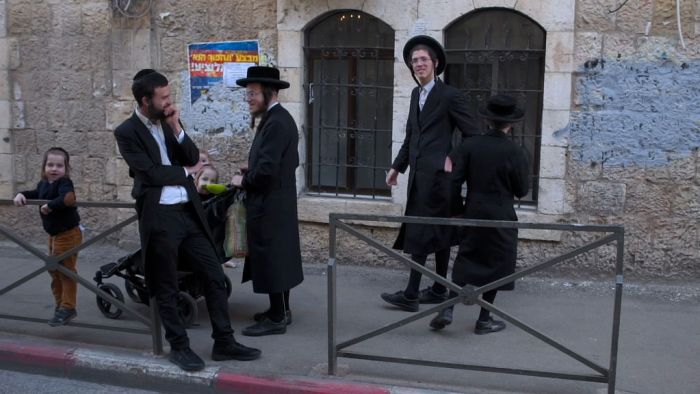 In the modern State of Israel, the ultra-Orthodox – or Haredi – communities live a world apart.

Rejecting the secular, they live according to ancient religious principles.

Many Haredi men spend their days in religious schools studying the Jewish bible.

“People here focus on the essentials: on the Torah. Material things are irrelevant here,” says Yossef, a member of an ultra-Orthodox community on the edge of Tel Aviv.

“Man was created to study day and night. As a woman, I have to take care of the family.”

It’s led to resentment among secular Jews, tensions which have deepened during COVID.

“This is a state within a state”, says one Israeli MP.

“Many Haredi movements want to integrate into Israeli society…the only problem is that some Haredi leaders strongly hinder this integration.”

Watch the documentary on Foreign Correspondent.