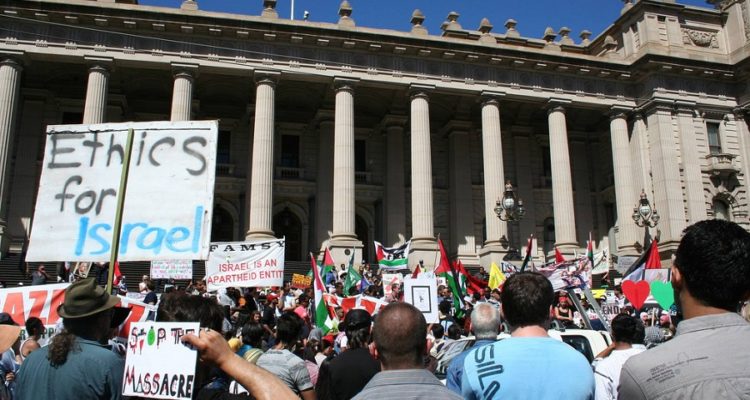 Poll: Government out of touch with Australians on Palestine

The Australian Government is at odds with the bulk of the Australian public on Palestine according to a recently released poll.

A national YouGov poll on the topic found a majority of people believe Palestine should be recognised as an independent state, and oppose the current approach the Australian Government has towards the Occupied Palestinian Territories in relation to the continuation of the occupation, the siege on Gaza, and support for the International Criminal Court.

“These poll results indicate what we’ve known for a long time, that the Australian Government is out of touch with the wishes of the general population,” Australia Palestine Advocacy Network President, Bishop George Browning said.

“Whether it’s illegal Jewish settlements, recognition of Palestine, or the ongoing occupation, the Australian public want to see their government take a principled stance in addressing the gross human rights violations committed by Israel.

“It’s also clear these opinions cross political affiliations, with a majority of Labor (62 percent), Coalition (54 percent), and Greens (79 percent) voters believing the Australian Government should call on Israel to end its apartheid, or work with international human rights groups for a solution.”

Read the article by APAN in The National Tribune.