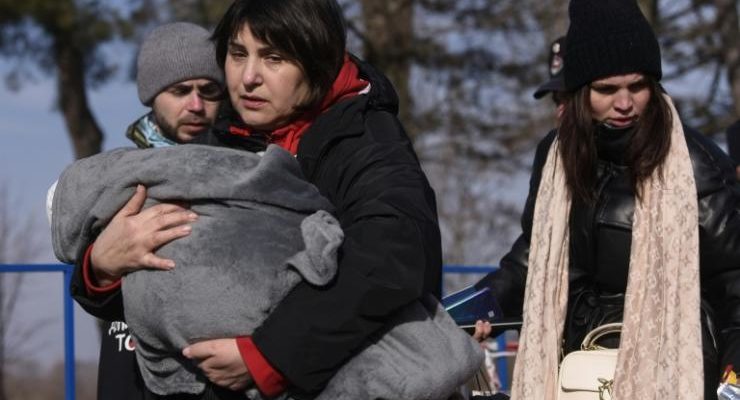 More than 3.3 million refugees have fled Ukraine since the war began

A man living in Warsaw, Poland, is offering his roof to Ukrainians who have nowhere to go after leaving their homes behind.

Jan Gebert, 42, admits his apartment may not be big, but the 400-square-foot space has been providing shelter and comfort to refugees grappling with the state of their war-torn country.

Gebert, a descendant of Holocaust survivors, said he is happy to help refugees just like those who threw open their doors for his Jewish family during World War II.

“My family survived the war because someone helped them. They were refugees. That’s the reason why I’m here,” he told CNN. “Thanks to that time, I can help other people.”

The Jewish man and his girlfriend have repeatedly invited Ukrainian refugees to stay in their apartment until they find a more permanent arrangement. Gebert first handed over his apartment keys to a refugee family just days after the Russian invasion. He refused to accept money even though they offered to pay.

As a third family arrived at his apartment, Gebert apologetically told them, “It is not a big apartment.” But the family said it was exactly what they needed while their country was at war.

Gebert and his girlfriend inflated a mattress for themselves so that the mother and her young son from Kyiv could take their bedroom.

Only a few blocks away from his apartment is the site of the Warsaw Ghetto, where Jews were forcibly held before being carted off to death camps in the second world war.

Read the article by Binitha Jacob in the International Business Times.