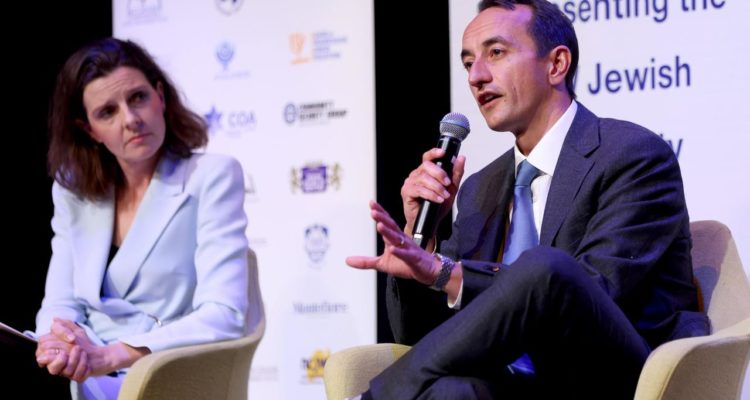 ‘A lifelong friend of Israel’, Spender denies being anti-Semitic or link to BDS movement

Wentworth independent candidate Allegra Spender has condemned the actions of the Boycott, Divestment and Sanctions movement and affirmed her support for Israel, amid criticisms of anti-Semitism that have marred her campaign.

Ms Spender said that although she was not Jewish and had never served as “ambassador to Israel”, she had been a “friend to Israel” and had strong ties to the Jewish community, in a campaign debate hosted by the NSW Jewish Board of Deputies on Sunday.

The teal independent – who is facing off with Liberal MP Dave Sharma to take the seat of Wentworth which has one of the nation’s largest Jewish populations – has come under criticism for her link to climate activist Blair Palese who has expressed support for BDS on social media.

“Yes, I’ve heard the rumours, and I wish to respond,” she said.

“My family and I have been subjected to some serious and baseless claims. Regardless of what happens in the election, I will continue living in this community and our kids will continue to go to school together. So I want to set the record straight.

“I have been a strong friend of Israel and have quite literally lived around the corner of the many in the Jewish community my entire life.”

Read the article by Rhiannon Down in The Australian.