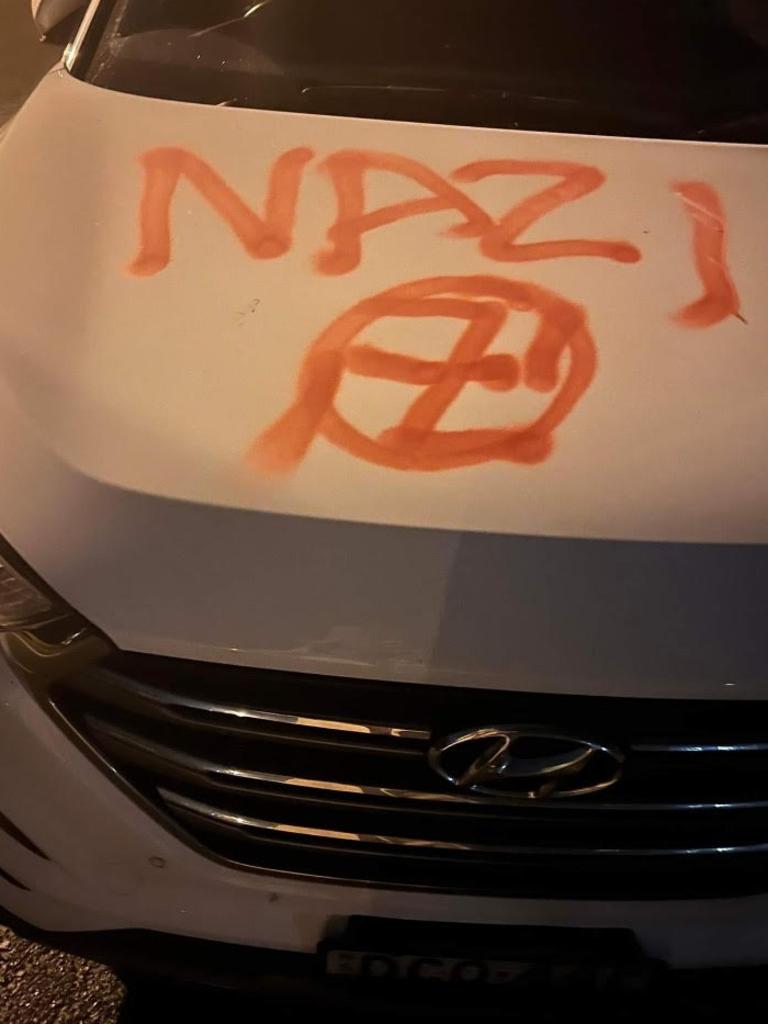 A political debate in Sydney’s northwest turned ugly when one candidate’s car was defaced with Nazi and fascist tags, while bandits targeted other candidates’ tyres.

Tyres of five cars parked near Mr Martinic’s vehicle were deflated but his was the only car defaced, which he believed was because he had UAP material displayed inside the four-door hatchback, which was parked just outside Glenorie Public School when it was vandalised about 8.30pm.

Attached to the Hyundai Tucson was a note that said: “Your freedom relies on violence to others. F*** fascism!’’

Other candidates at the forum were One Nation’s Rhiannon Bosma, independent Benjamin Caswell, Australian Federation Party’s David James Louie and the Liberal Democrats’ contender Nicholas Samios, who were alerted to the incident about 90 minutes after the meeting started.

About 50 people attended the gathering, which was heavily promoted on social media and throughout the community’s small businesses. Mr Martinic said he did not have specific political enemies and his car was targeted because of its party signage.

“I think a lot of people have a bad opinion about the freedom parties,’’ he said.

Read the article by Joanne Vella in The Daily Telegraph.