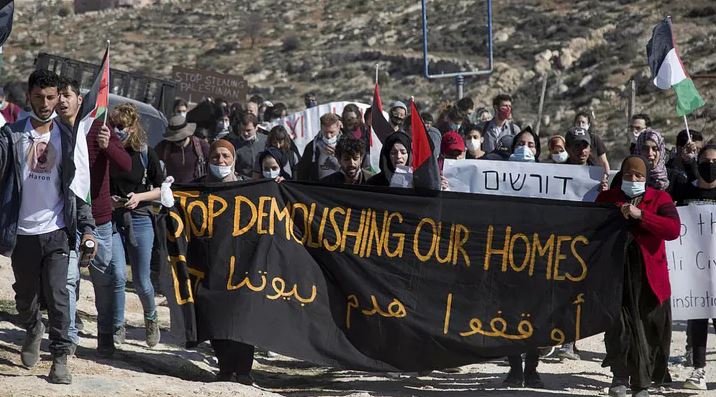 The Israeli High Court has approved the expulsion of between 1,200 and 1,800 Palestinians from eight villages in the Masafer Yatta region of the South Hebron Hills in the occupied West Bank. Should the expulsions go ahead, it will be the one of the largest incidents of ethnic cleansing in the area since 1967.

The ruling contends that Palestinians living in eight of the twelve townships in the Masafer Yatta region had not been permanent residents in the 1980s when Israel established a military zone in the area. Instead, the Israeli state claimed that Palestinian residents of Masafer Yatta—nomadic farmers who lived for generations in the area before the establishment of Israel in 1948—were “squatting”.

The Zionist state has long used the tactic of declaring a Palestinian area to be a “closed military zone”, under various “defence” and “emergency” regulations, to justify the seizure of Palestinian land.

This has been proven to be the case in Masafer Yatta. According to the minutes of a 1981 Israeli government ministerial meeting presented by the residents’ legal counsel to the court, but ignored by the justices, the Zionist state declared Masafer Yatta to be a military zone in 1981 for the sole purpose of removing the Palestinian population. The ministerial minutes document the recommendation of Israeli former Prime Minister Ariel Sharon, at the time minister for agriculture and the chairman of Israel’s settlement committee, that the military expand the Masafer Yatta firing zone to prevent “the spread of the rural Arabs of the mountain down the side of the mountain facing the desert … and to keep these areas in our hands”.