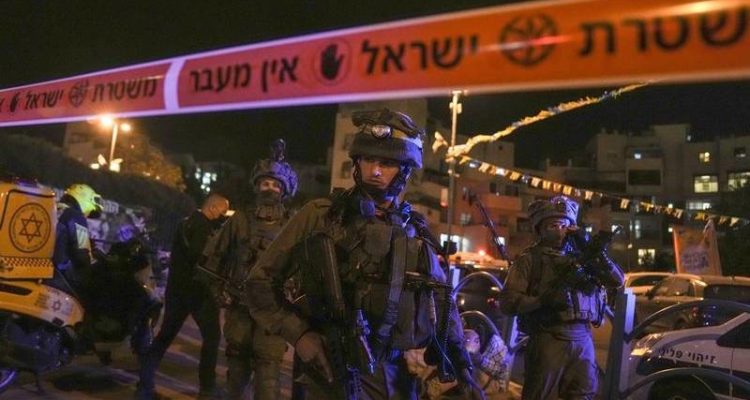 Israeli police say forces have captured two Palestinians who killed three people in a stabbing attack last week and fled the scene, sparking a massive manhunt and keeping the country on edge.

The two attackers went on a stabbing rampage in the ultra-Orthodox city of Elad on Thursday, Israel’s Independence Day, killing three and wounding at least four others before bolting.

The stabbing was the latest in a series of deadly assaults deep inside the country in recent weeks. It came as Israeli-Palestinian tensions were already heightened by violence at a major holy site in Jerusalem sacred to Jews and Muslims.

He said Israel was entering a “new stage in the war on terror”, and said Israel was establishing a civilian national guard that would be deployed in emergency situations like the kinds of attacks the country has witnessed in recent weeks.

“The Israeli government’s main goal is to restore personal security to Israeli citizens,” he said.

A joint statement by police, the military and the Shin Bet internal security agency said the men, identified as 19- and 20-year-old Palestinians, were caught near a quarry not far from Elad following a search that began on Thursday by special forces and commando units using helicopters and other means.