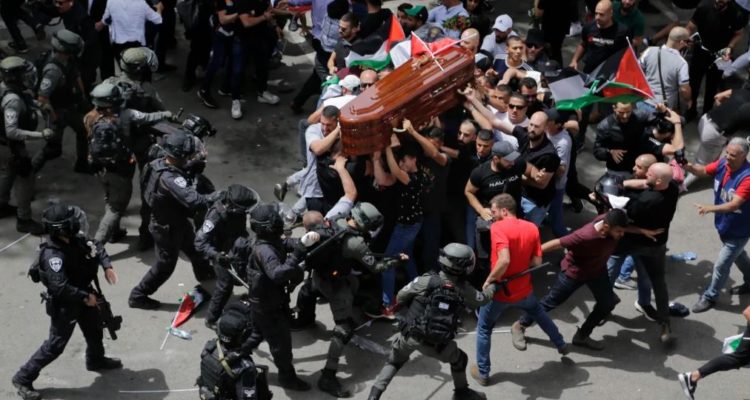 Jerusalem | Israeli police decided at the weekend to investigate the conduct of their officers who attacked the funeral of a slain Al Jazeera journalist, causing mourners to briefly drop the casket during the ceremony in Jerusalem.

Police forces beat pallbearers with batons at the start of the funeral procession on Friday of Shireen Abu Akleh, who witnesses say was killed by Israeli troops on Wednesday during a raid in the occupied West Bank. The Israeli military says Palestinian gunmen were in the area, and it’s not clear who fired the fatal bullet.

The shocking scenes at the funeral, and the death of the 51-year-old Palestinian-American journalist, drew worldwide condemnation and calls for investigations, including from the United States and the United Nations.

In a statement on Saturday (Sunday AEST), the Israeli police said their commissioner has instructed that an investigation would be concluded in the coming days.

“The Israel Police supports its police officers, but as a professional organisation that seeks to learn and improve, it will also draw lessons from the incident,” the statement said.

At the same time, top officials, including Public Security Minister Omer Bar-Lev, appeared to be closing ranks behind the officers, reiterating earlier claims that the troops at the funeral acted in response to violence.

Read the article by Josef Federman in the Financial Review.