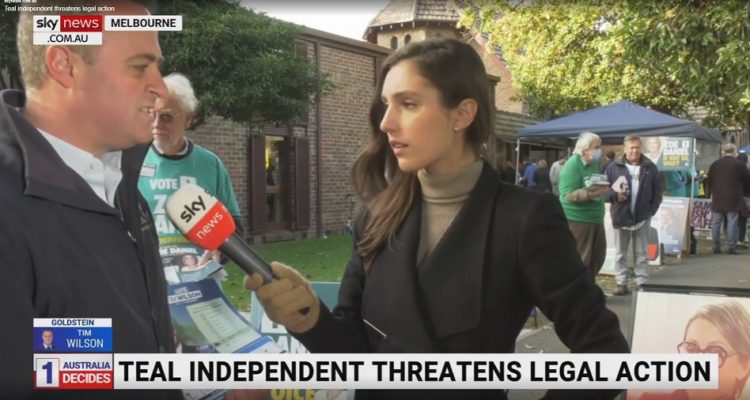 Goldstein independent candidate Zoe Daniel has threatened sitting MP Tim Wilson with a defamation suit – accusing him of making comments suggesting she and her campaign are “anti-Semitic” and “racist”.

This follows the controversy after Ms Daniel signed an open letter accusing Israel of maintaining an apartheid regime against the Palestinians.

Mr Wilson hit back saying this was a “desperate and pathetic attempt” to silence and bully him into “not calling out racism where it occurs”.

“I have no intentions of backing down,” he told Sky News Australia.

When pressed if he did make the alleged comments against Ms Daniel and her team, Mr Wilson said he has consistently said “anti-Semitism is not welcomed in our community”.

“Ms Daniel herself has said that by highlighting, claiming that there is disproportionate influence over the political process by Jewish people because of their wealth, that that is a form of anti-Semitism.

“Yet she has done exactly that in her previous writings – by her own standard … she has met that benchmark.”

Watch the report by Julia Bradley on Sky News.