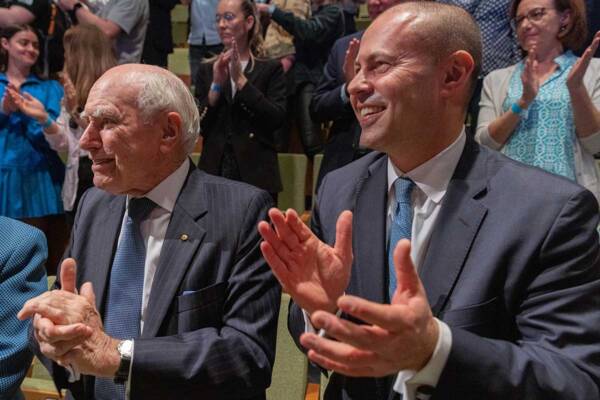 One of Australia’s most prominent Jewish leaders says he was ‘very disturbed’ to hear John Howard referred to as the Liberal Party’s “angel of death” by teal political powerbroker Simon Holmes à Court.

Simon Holmes à Court made the reference in a tweet about Mr Howard campaigning with Josh Frydenberg in Kooyong this week.

Josef Mengele, a Nazi doctor who performed some of the most gruesome and brutal medical “experiments” in history during the Holocaust, became infamously known as the angel of death.

“Does he not understand the history of this? Does he not care?” Neil Mitchell said of the comment from Holmes à Court.

“The rhetoric has gone from bad to worse,” he said.

“I urge everyone to stop using that sort of language.

“Let’s all settle down.”

Listen to the Rabbi’s reaction on Neil Mitchell’s program.