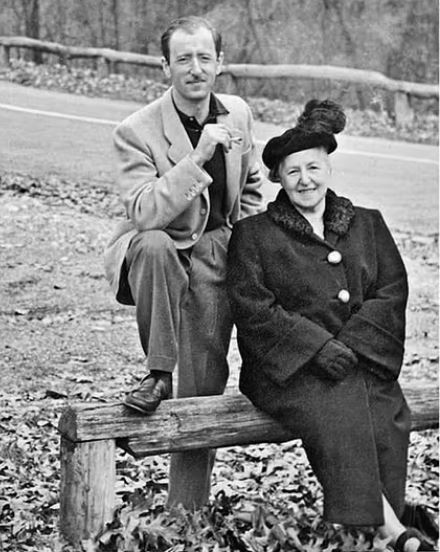 The history of Nazism in small objects

‘I can’t cook,’ writes the historian Karina Urbach, ‘which is probably why it took me so long to realise that we had two cookbooks on our shelf at home with the same title’ – a 1938 edition by her grandmother Alice and one from the following year attributed to Rudolf Rösch. When she did notice, however, it provided a key to unlocking some fascinating family history and a little known strand of Nazi persecution.

In 1920 Alice Urbach was living in her native Vienna, ‘a 34-year-old widow with no money’. Her husband had proved a feckless gambler and her father, disappointed by her lack of ambition, had virtually cut her out of his will. Yet she found a way of turning her life round.

Since she had spent much of her childhood hanging out in the kitchen with the gossipy family cooks, she offered to prepare the food for a sister’s society soirées. This led her to create ‘bridge bites’, small open sandwiches that players could pop into their mouths without having to put down their cards, establish a successful cookery school and then pioneer a system of home delivery. In 1935 she distilled her expertise into a bestselling cookbook titled So kocht man in Wien! (‘Cooking the Viennese Way!’)

There has been limited research into how works by Jewish authors were ‘Aryanised’ under the Nazis. The 1939 edition of Alice’s book, attributed to Rudolf Rösch, incorporated a few nationalistic flourishes and removed references to dishes such as ‘Rothschild Sponge’ and ‘Beef Wellington’ and passages which had obviously been written by a woman. Nonetheless, whole chapters were reproduced verbatim or with minimal changes.

Read the review by Matthew Reisz in The Spectator.