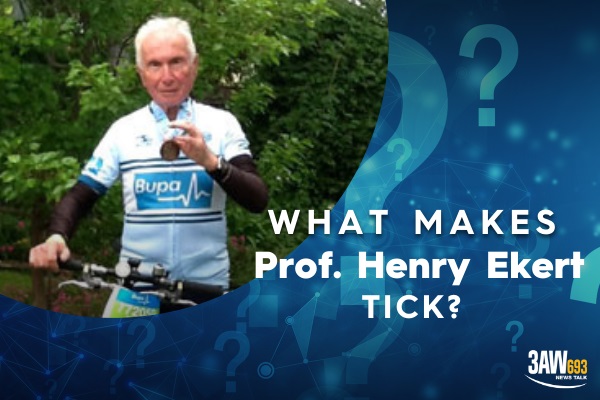 “My mother took me to the window, and she said ‘look out that window’ and as long as you live, never forget it’ and I haven’t.”

Those are the words of Professor Henry Ekert, promising his mother to never forget the atrocities he witnessed as a three-year-old boy during the Holocaust.

Professor Ekert went on to become a “legend” of the Royal Children’s Hospital as a pediatric hematologist and oncologist after arriving in Australia as a 13-year-old refugee after World War II.

“I found that I could actually make a difference,” he told Neil Mitchell.

“A difference in the sense that when children were – in those days mostly dying – I could empathise and with the family and with the children better than most, and I wasn’t frightened of being confronted with death in children.”

That empathy was cruelly shaped by Professor Ekert’s experiences during the Holocaust and World War II.

“It affected me quite greatly, and more so as I got older,” he told Neil Mitchell.

“In the sense that I’ve always had a feeling of insecurity, and I survived because I was able to fit into environments quite quickly, and adapt the same behaviour as other people had so that I wouldn’t stand out.

“So I prefer to be part of crowd – part of a group of people – rather than stand out myself.”

Listen to the program from Mornings with Neil Mitchell.