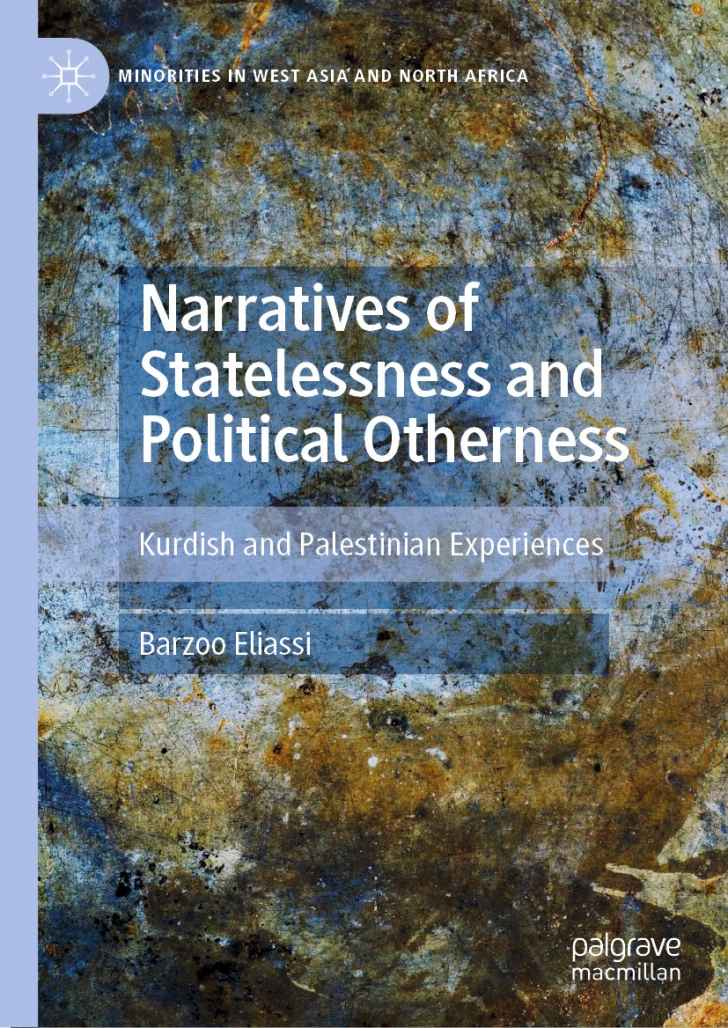 Narratives of Statelessness and Political Otherness examines what it means in everyday life for those who are stateless and marginalised from the political centres of power.

An ordinary question we encounter in a variety of settings, from social environments to the workplace and government bureaucracies, is “where are you from?” But for the 40 million Kurds and 13 million Palestinians globally, this seemingly innocuous query is a painful reminder that they are stateless; an ethno-cultural nation without international recognition or legitimacy. To quote one of his interviewees, “when you are stateless, you are lost, you do not have an identity, a personality, and an existence… Statelessness means deficiency in a human being’s life.”

For Eliassi, the origins of Kurdish and Palestinian statelessness stems from the collapse of the Ottoman Empire after World War I, British and French imperial mismanagement between the wars, and the establishment of the State of Israel in 1948. These root causes would be familiar to readers. What is interesting in Narratives of Statelessness and Political Otherness is that Eliassi also lays the blame with the ethnocultural, authoritarian states of the contemporary Middle East. This book is a study of the consequences of inter-subaltern colonialism, in other words, Arab, Turkic, and Persian imperialism. When we think of imperialism in the Middle East, one may immediately think of the United States and the competing interests of Saudi Arabia and Iran in more recent times. Yet Eliassi reminds us that we should be just as critical of the human rights abuses against cultural minorities within the national boundaries of Iraq, Syria, Turkey, and Iran as we are with the wealthier and familiar Euro-American imperial powers of the twentieth century.

Eliassi urges us not to forget the long Kurdish struggle for nationhood, a liberation movement violently quashed by four separate authoritarian states. Why has the Kurdish struggle for independence been overlooked by western audiences? That answer, it seems, is that we are ambivalent when the perpetrators are Muslim as it counters the traditional narrative as Muslims as oppressed and persecuted. Yet Muslim majority states have a long history of suppression of national liberation movements, for example, in Bangladesh (formerly East Pakistan), East Timor, and Balochistan.