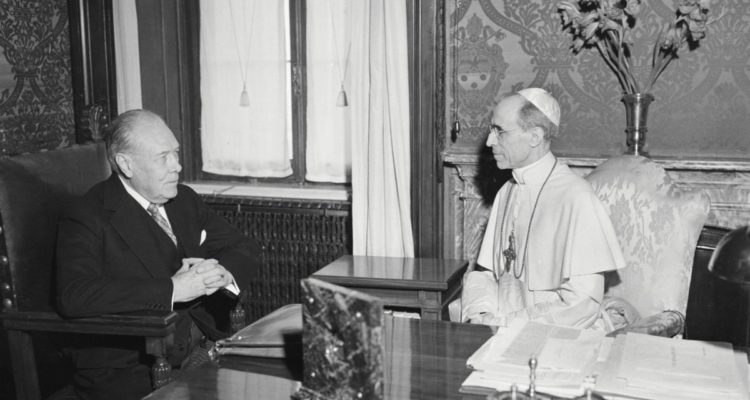 The Vatican has long defended its World War II-era pope, Pius XII, against criticism that he remained silent as the Holocaust unfolded, insisting that he worked quietly behind the scenes to save lives. A new book, citing recently opened Vatican archives, suggests the lives the Vatican worked hardest to save were Jews who had converted to Catholicism or were children of Catholic-Jewish “mixed marriages”.

Documents attesting to frantic searches for baptismal certificates, lists of names of converts handed over by the Vatican to the German ambassador and heartfelt pleas from Catholics for the Pope to find relatives of Jewish descent are contained in David Kertzer’s The Pope at War, published on Tuesday in the United States.

The book follows on the heels of Kertzer’s Pulitzer Prize-winning The Pope and Mussolini, about Pius’ predecessor, Pius XI. It uses the millions of recently released documents from the Vatican archives as well as the state archives of Italy, France, Germany, the US, and Britain to craft a history of World War II through the prism of the Pius XII papacy and its extensive diplomatic network with both Axis and Allied nations.

“The amount of material in these archives about searching for baptismal records for Jews that could save them is really pretty stunning,” Kertzer said in a telephone interview ahead of the release.

Read the article by Nicole Winfield in Sight Magazine.