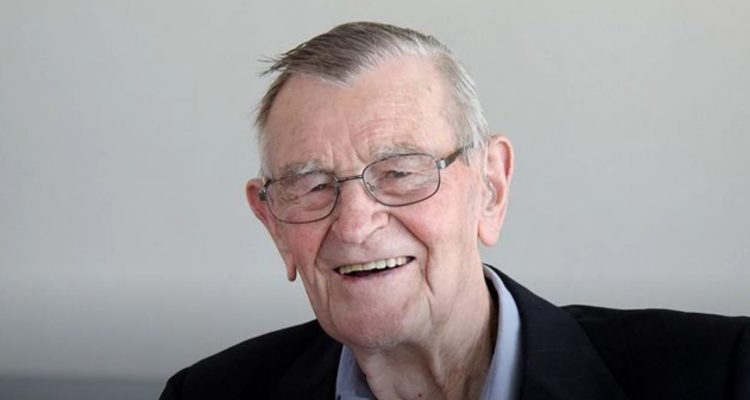 As a teenager, Frank saw the Battle of Britain played out in the skies above his village in the south of England.

He joined the RAF and piloted a De Havilland Mosquito on bombing raids into Germany.

In October 1944 Frank’s plane was shot out of the sky and he parachuted into Nazi territory.

Frank witnessed extraordinary scenes as he walked his way through the countryside into occupied Holland.

It was there he joined the Dutch Resistance, and his war shifted to the fields, hay sheds and village lanes of the Netherlands.

Frank reports he had a huge response to his interview with Richard, first broadcast in November 2014.

He was particularly delighted to hear from the son of one of the two Dutch boys who found him in the hayloft, over 70 years ago.

His family say that Frank had fond memories of meeting Richard and the chance to tell his story on Conversations.  A photo of Richard and Frank was included in a memorial slideshow at his funeral.

Listen to the program on Conversations with Richard Fidler.