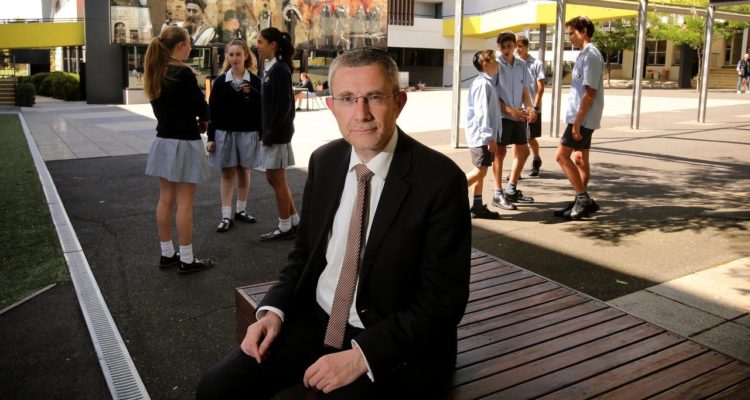 Jewish students were targeted by a teen waiting at a bus stop, sparking warnings of an anti-Semitism problem in Victorian schools.

Victorian schools have a “serious problem” with anti-Semitism, a civil-rights group has warned, after a schoolboy allegedly performed a “heil Hitler” salute to Jewish students.

The incident reportedly took place last Thursday, when a bus from Mount Scopus Memorial College – a Jewish school – drove past a group of people at a Station St bus stop in Burwood.

A Jewish woman notified the Anti-Defamation Commission (ADC) and said the boy, wearing a dark navy uniform and a blazer with a yellow logo, clearly aimed the salute at the Mount Scopus students.

“(This) demonstrates that anti-Jewish bigotry is now normalised, and that people are less inhibited about expressing their hostility towards the Jewish community in public,” he said.

“I am sure that most parents would be mortified by this horrifying outburst of venom.

“There is no way that this student did not know that this hateful salute is a symbol of evil, and represents the murder of six million Jews, including 1.5 million children.”

He said concrete actions — not excuses or empty rhetoric — were needed to fight anti-Semitism’s “escalating threat”.

“Such violent gestures not only scar and traumatise the victims but shake the affected community and leave many scared and vulnerable,” he said.

Read the article by Sarah Booth and Olivia Jenkins in the Herald Sun.