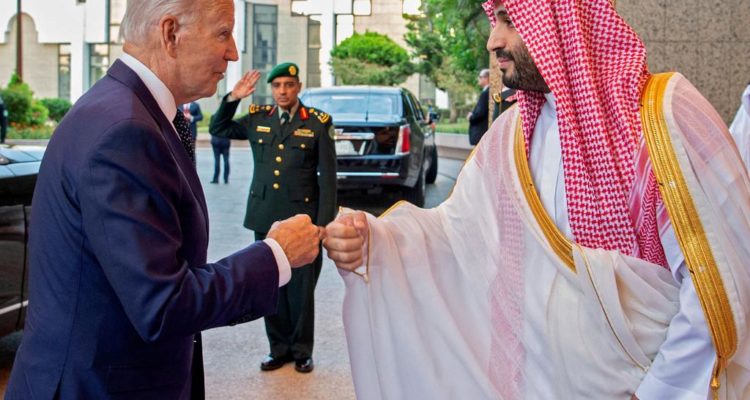 United States President Joe Biden’s trip to the Middle East began in Israel. Biden then squeezed in a short three-hour stop off with Palestinian Authority head Mahmoud Abbas, before heading to Saudi Arabia.

The New York Times reported from Jerusalem that Biden was welcomed by Israeli leaders with “a rapturous embrace, as if to prove that their love affair with the former president [Donald Trump] would not stand in the way of a close relationship with the new president” and that Biden “seemed just as determined to prove he took a back seat to no one in supporting Israel”.

At the red-carpet airport ceremony, Israeli President Issac Herzog called Biden “our brother Joseph”, declaring “you are truly amongst family”. Interim prime minister, Yair Lapid, called Biden “a great Zionist and one of the best friends Israel has ever known”.

Trump, an anti-semite, was a stalwart supporter of Israel as president: He moved the US embassy to Jerusalem, recognised Israeli sovereignty over the Golan Heights — captured from Syria in the 1967 war against the Arab countries — and cut off US aid to the Palestinian Authority (PA).

When elected, Biden kept Trump’s policies, except that on this trip he restored aid to the PA.

Biden wants to restore traditional Democratic support for Israel and its policies. In his public appearances, he never mentioned Israel’s control over 5 million Palestinians in the West Bank and Gaza. Palestinians have no say over Israeli policies there — making Israel, whose borders go from the Mediterranean Sea to the Jordan River, and from Egypt to Syria — a single apartheid state. On his trip, he attacked “some Democrats” who characterise Israel in this way.

Read the article by Barry Sheppard in Green Left.