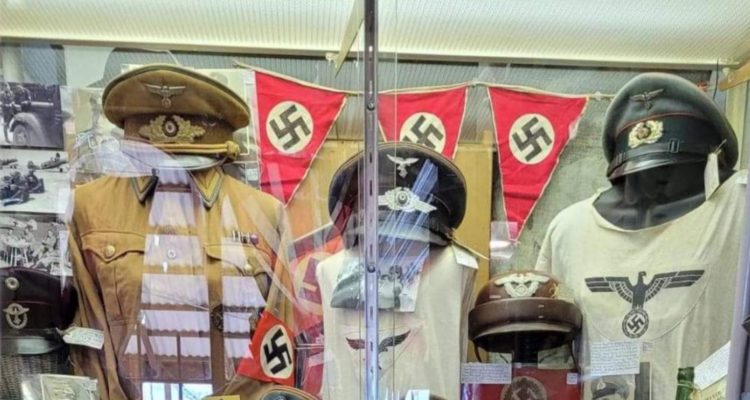 A regional NSW collectables store selling Nazi memorabilia has sparked outrage in the Jewish community and ignited calls for a nationally consistent approach to outlawing the public display and sale of Nazi symbols as fears grow about the rise of white ­supremacism.

Campbell’s Store in Morpeth, which is selling Nazi flags, war hats, posters and photographs of Adolf Hitler, is the latest shop to have sparked calls from Jewish advocacy groups for state and territory governments to adopt uniform rules banning the sale and display of Nazi memorabilia.

It has also prompted calls for the federal government to ban the importation of Nazi memorabilia, with advocates arguing it would be a crucial step for Australia to stamp-out the “ghoulish” trade.

Victoria in June became the first jurisdiction to criminalise the display of the swastika, enabling police to remove and confiscate items that breach the ban.

NSW is preparing to introduce its own laws to ban the symbol after a parliamentary inquiry in February unanimously recommended a ban on the symbol’s public display.

Under the proposed legislation, the maximum penalty for an individual flouting the ban would be an $11,000 fine or imprisonment for six months or both.

Anti-Defamation Commission chairman Dvir Abramovich, who has long campaigned against the sale of Nazi memorabilia, said profiteering from its sale was shameful.

Read the article by Jess Malcolm in The Australian.