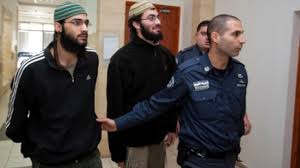 Jerusalem:  Israel said it had uncovered a new network of Jewish extremists in the Israeli-occupied West Bank that was responsible for several recent attacks against Palestinians, including the attempted arson of at least one home as people slept inside.

The announcement, by the police and Shin Bet, the country’s domestic security agency, on Wednesday, came amid heightened tensions after a July arson attack in the West Bank village of Duma that killed a Palestinian boy and his parents.  Two young Israeli Jews were charged in January in connection with the attack.

Describing the newly identified group as a “Jewish terrorist network”, authorities said in a statement that six members had been arrested in recent weeks, five of them residents of Nahliel, an established settlement north-west of Ramallah in the West Bank.