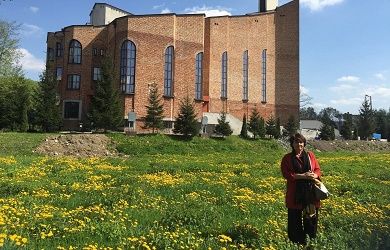 Australian Jew’s fight against the Catholic Church in Poland

For many years a Melbourne Jewish doctor has been fighting assiduously to prove the Catholic Church in Poland willingly participated in a scam to steal her forebears’ land. Finally, justice has been served.

Dr Ann Drillich calls it the “Churchill Room” – a home office in Melbourne devoted to her fight for justice. There are books on the Holocaust, memorialisation and Polish–Jewish relations. And files – stack upon stack of files. Family records, testimonies of Holocaust survivors and transcripts of the dozens of court battles she’s fought in Poland over her family’s estate. “Everyone has stolen from us,” she says. “The Nazis, the Communists, state and municipal authorities, the Catholic Church – even a trusted family friend.”

On April 21, Ann Drillich had a rare legal victory. A Polish court found the Catholic Church acted in “bad faith” when it got hold of 8500 square metres of her family’s “abandoned” land – that is, the church stole it. It’s left her in an unusual position. Drillich is a Jew who owns a Polish church.

Thirty years ago the Catholic Church built a large brick house of worship, Our Lady of the Scapular, in the mediaeval city of Tarnów, an hour’s drive east of Kraków. The diocese of Tarnów now claims to be the most pious in all Poland, measured by attendance at Mass, but souls here are not resting easy. In 2011 a local news outlet reported “dark clouds” had gathered over the city and Our Lady of the Scapular. A parish priest had given a “highly emotional” sermon to parishioners, but would not speak about it publicly. It turns out the sermon was not about loving thy neighbour or avoiding sin. After an anonymous online post warned Tarnów that Jews are their worst nightmare, the story took shape: it was about a Jew, theft and the very land on which the worshippers and their church stood.

Read the full story by Jill Singer in The Saturday Paper