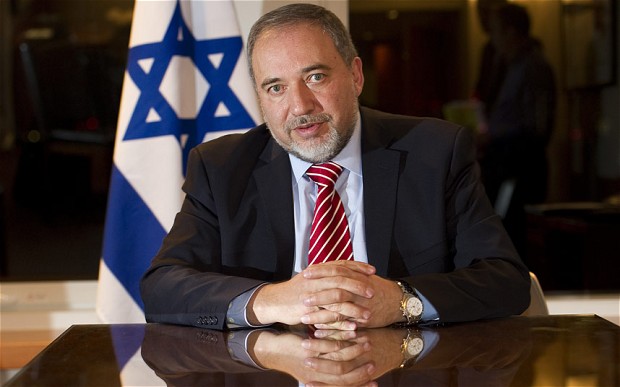 Avigdor Lieberman back in Israeli government as defence minister

A deal has been reached to bring far-right former foreign minister Avigdor Lieberman and his Yisrael Beitenu party into Israel’s governing ­coalition.

The spokesman said the deal would be signed in parliament overnight. Besides Mr Lieberman becoming defence minister and another member of his party becoming immigrant absorption minister, the government agreed to allocate 1.4 billion shekels ($504 million) to pensions of elderly Israelis, including immigrants from the former Soviet Union, Mr Lieberman’s largest support base.

Mr Netanyahu has sought to ease fears over Mr Lieberman’s expected appointment, saying he would continue to seek peace with the Palestinians and oversee the Defence Ministry’s policies, which include control over the occupied West Bank.

Full article in The Australian (AFP)