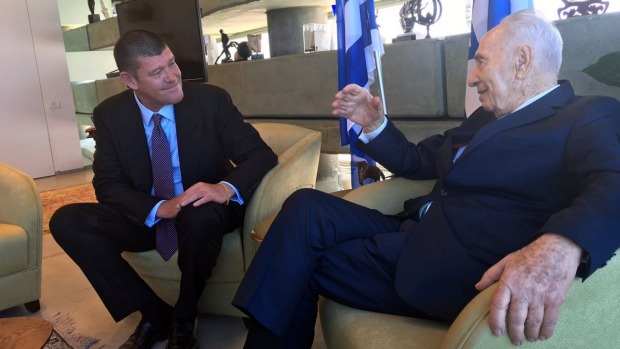 We don’t see much of James Packer in these parts anymore, yet the billionaire’s name alone represents the strongest clickbait Australia has ever produced – a blessing, said nobody ever; just mainly a curse.

Being abroad sure hasn’t changed that fact. But entirely aside from his visibility in Hollywood, it’s a fact that Packer changed the rules at Benjamin Netanyahu‘s passport office when he scored permanent residency in the Holy Land. If you’re wondering how freely the Israelis give those tickets out, try applying. Packer’s next door neighbour, the Prime Minister, is a miser with the ink and stamps.

Not that Neighbourhood Watch is Packer’s only priority. Clearly not, given Shimon Peres, Israel’s former president and Nobel Peace Prize holder (the Swedes don’t give them to Jews willy-nilly), has just appointed Packer a director of his prestigious Center of Peace and Innovation.

Read the full story in the Australian Financial Review