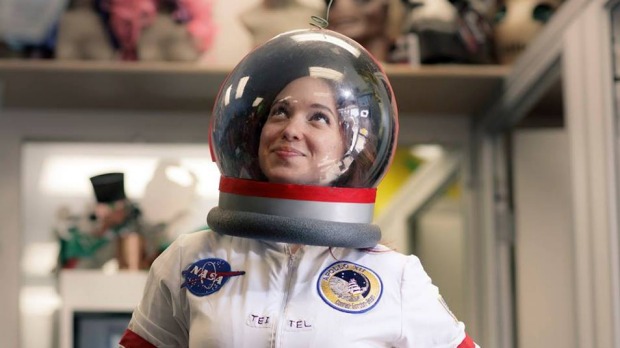 “It’s not like my family used to have, you know, a daily Nazi lesson,” said Amy Shira Teitel.

Teitel, 29, is a US space flight historian, author and fast-rising YouTube star. Her speciality is the early days of rocket science and space travel. In researching her first book, however, she encountered a very difficult and very personal problem.

The book, Breaking the Chains of Gravity, charts the history of space flight up until the formation of NASA. It is a story that cannot be told without extensive reference to one of her childhood heroes, America’s earliest and most successful rocket designer Wernher von Braun.

Growing up, Teitel learned that von Braun was one of the chief architects of the Saturn rocket in the late 1950s. She was unaware that before he shifted to the US from Germany he was already infamous as the inventor of the V2 rocket – a terrible bomb that killed thousands of people, particularly in London, during World War II.

Read the article by Andrew Masterson in the Sydney Morning Herald.

(Amy Shira Teitel will be a guest at National Science Week, which kicks off around the country on August 17)