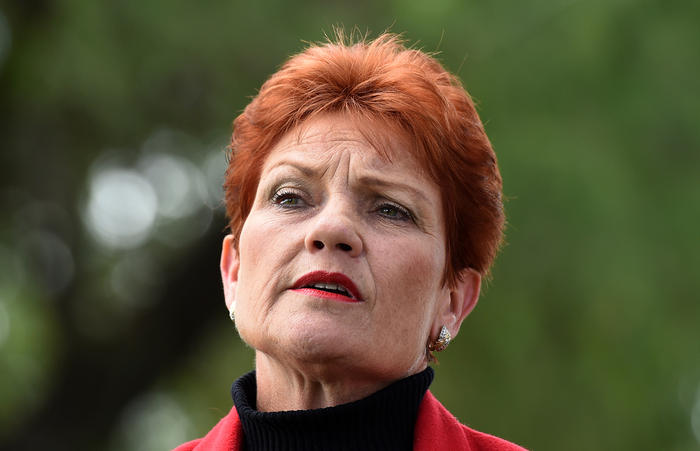 One Nation's Pauline Hanson looks on during a news conference in Brisbane, Monday, July 4, 2016. The One Nation leader believes her party could win two Senate seats seats in Queensland, one seat in NSW and Western Australia and possibly one in each of Tasmania and South Australia. While Malcolm Turnbull and Bill Shorten have been phoning key crossbenchers about their support for a possible minority government, neither has spoken to Ms Hanson. (AAP Image/Dan Peled) NO ARCHIVING

PAULINE Hanson has been slammed by Jeremy Jones for declaring a war on Australian “tolerance, community harmony and social cohesion”.

Jones, who is the director of ­international and community affairs for the Australia/Israel & Jewish Affairs Council (AIJAC), said that Hanson’s bigotry should be exposed for the evil which it is.

“Racism and bigotry is always unacceptable, and it is additionally repugnant when espoused by an elected member of Parliament,” he said.

“When [I was] Executive Council of Australian Jewry president, I successfully complained about One Nation’s Queensland Branch’s breach of anti-racism law, but even if One Nation had never promoted anti-Semitism we would be just as concerned with its return to political life.”