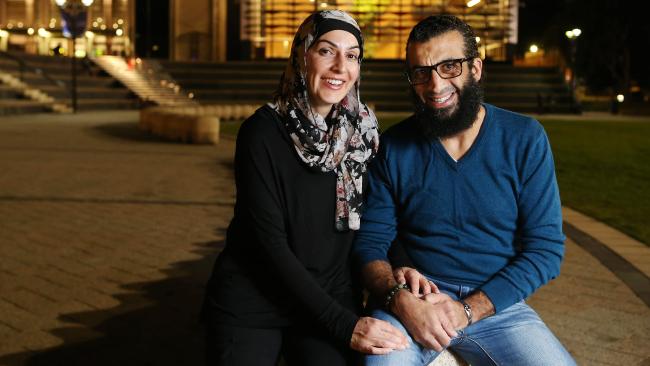 Communications Minister Mitch Fifield wants an explanation from the ABC on how a Muslim man who had denigrated two female politicians online was given a platform on its Q&A prog­ram.

The Executive Council of Australian Jewry has called for a public inquiry into the program after it emerged that Khaled Elomar, who appeared on Monday night, had also made disparaging comments on social media describing Jews as “pigs”.

Mr Elomar drew much sympathy from the Q&A audience when he spoke about being called a “Muslim pig” every day on the streets of Cronulla, in Sydney’s south, where he worked.

Mr Elomar, who confronted One Nation leader and senator-elect Pauline Hanson about inciting Islamophobia in the com­mun­­ity, told The Weekend Australian yester­day that he had ­removed his Facebook comment “May Allah curse the Jews pigs”, posted in November 2014, after he ­realised it could offend people.

He said it did not resonate with his perception of himself as a “peace-loving man”. “I am strongly opposed to Zionism. Not Judaism — there’s a distinct difference,” he said. “Just the same as there’s a difference between (Islamic State) and Islam. I have Jewish friends but I don’t shy away from my oppos­ition to Zionism and I do stand by that.”

Refer as well to article in The Guardian and on J-Wire.