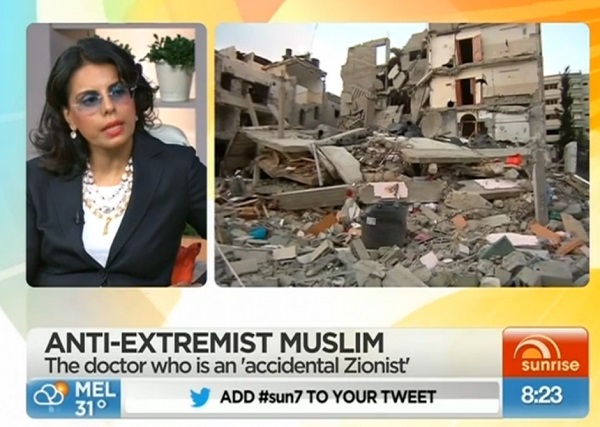 A Muslim’s ambush: how I was stitched up by Australian breakfast TV

On a recent trip to Australia I was booked by Ch7’s Weekend Sunrise to discuss Project Rozana, an Israeli-Palestinian initiative to train West Bank physicians (predominantly Palestinian Muslims)in Israel’s Hadassah hospital. As an ambassador for the Project, I was lock step with my ideals both as a physician and as an observing Muslim opposed to virulently anti-Semitic Islamism.

A veteran media commentator, my suspicions should have been raised when the producers didn’t indicate the nature of my interview, nor even confirm that I would be discussing Project Rozana. Minutes before live broadcast, the young segment producer Maddy still ‘didn’t know’ what the anchors would be asking.

The cameras began rolling and I described my experiences at The Technion, The RamBam Medical Center and at Hadassah Hospital, responding to the anchors’ evident curiosity. The close knit and fully integrated coexistence with which Israeli and Arab Palestinian scientists and physicians interact with their equally diverse Israeli and Arab Palestinian patients surprised my interviewers.

Read the full story by Qanta Ahmed in The Spectator.