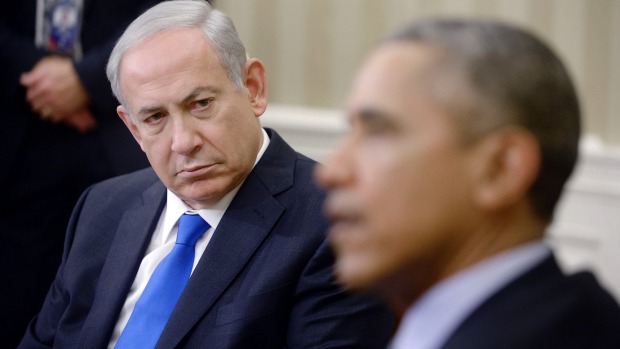 President Barack Obama has used the completion of a new agreement to provide $US38 billion in military aid to prod Prime Minister Benjamin Netanyahu about a two-state solution to the Israeli-Palestinian conflict.

Obama said the 10-year agreement – the most generous of its kind ever – would “make a significant contribution to Israel’s security in what remains a dangerous neighbourhood”.

In a statement after the deal was signed in a formal ceremony at the State Department, the president said it underscored the United States’ status as “Israel’s greatest friend and partner”.

But in a nod to his differences with Netanyahu, with whom he has clashed over the Iran nuclear deal and Israeli settlement activity, Obama also stressed the importance to Israel’s security of resolving the Israeli-Palestinian conflict.

Read the article by Julie Hirschfeld Davis in the Australian Financial Review.