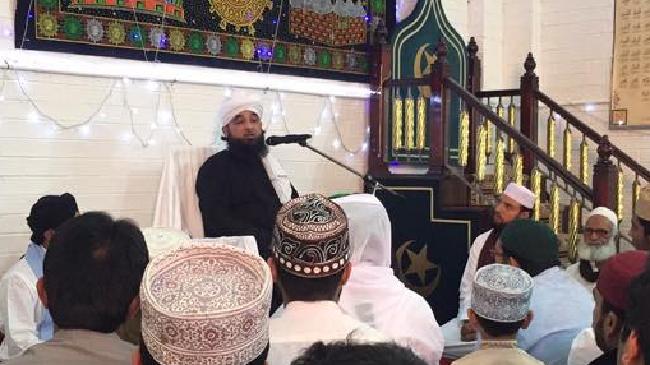 Pakistani scholar: ‘Jews are enemies of Islam and peace’

A Pakistani scholar on a speaking tour across Australia has had his events cancelled and has been asked to leave the country after an anti-Semitic video emerged in which the man says global peace will only be established when the last Jew is killed.

Muhammad Raza Saqib Mustafai spoke at Ghausia Masjid (Blacktown Mosque), and Al-Madinah Masjid in Liverpool on Monday, and was due to speak in Melbourne, Brisbane, Perth and Adelaide in the coming weeks. He has since been asked to leave by the imam who organised the tour, Hafiz Raza from Blacktown Mosque.

Fairfax Media reports the Pakistan Association of Australia was alerted to the video – called “Jews are the enemies of Islam and peace” – which was passed onto the organisers of the speaking tour who cancelled the remaining dates.

Read the article by Simone Fox Koob in The Australian.