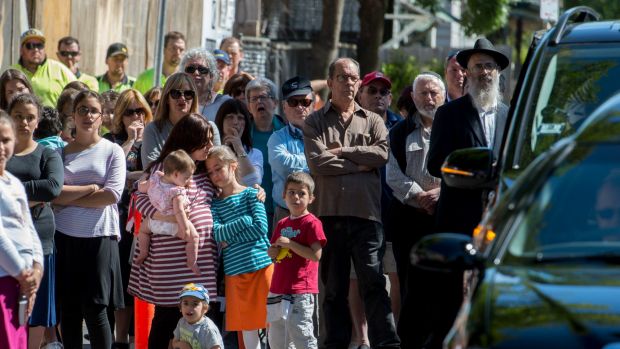 Tony Hakin spoke on Wednesday at Thalia’s funeral, which was held at the Melbourne Chevra Kadisha Cemetery in Lyndhurst.

Thalia’s nine-year-old sister Maggie, who was also caught up in the crush of pedestrians, sat in the front row in a wheelchair with a cast on her leg. Her mother, Nathalie, did not attend as she remains in hospital.

“She (Thalia) was something special to everybody who ever met her,” Mr Hakin said.

Read the full article by Tom Cowie at The Age.