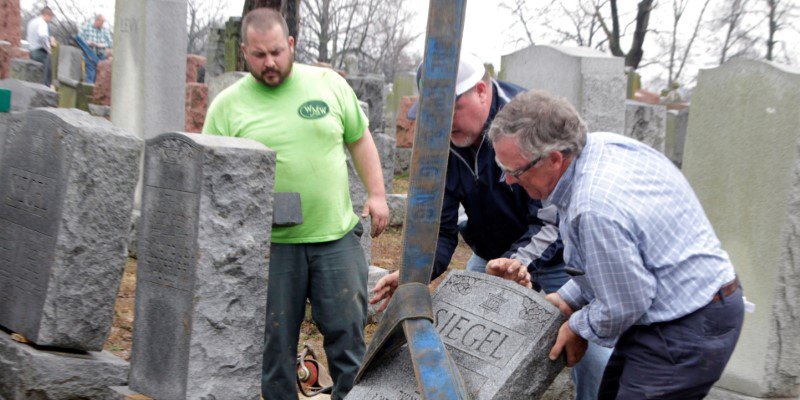 The threats have targeted Jewish Community Centres (JCCs), Jewish Day Schools, synagogues and other buildings affiliated with Jewish institutions over the past several weeks.

The letter said the threats “are not isolated incidents” and cited stats from the Jewish Federations of North America. According to the organisation, in the first two months of 2017, at least 98 “incidents” were reported, targeting JCCs and Jewish Day Schools at 81 locations in 33 states.

Amid the threats, Jewish cemeteries saw at least 75 to 100 headstones vandalised, The Washington Post reported.

Business Insider’s Michelle Mark reported Thompson is accused of making some of the threats in the name of an ex-girlfriend as part of a “sustained campaign to harass and intimidate” her, according to a criminal complaint. He has also been charged with one count of cyberstalking.

Until recently, President Donald Trump was ambiguous about his stance on anti-Semitism at large, calling the attacks “reprehensible,” but adding that sometimes they’re done in “the reverse.” Trump’s daughter Ivanka, son-in-law Jared Kushner, and three of his grandchildren are Jewish. Kushner’s grandmother was a holocaust survivor.