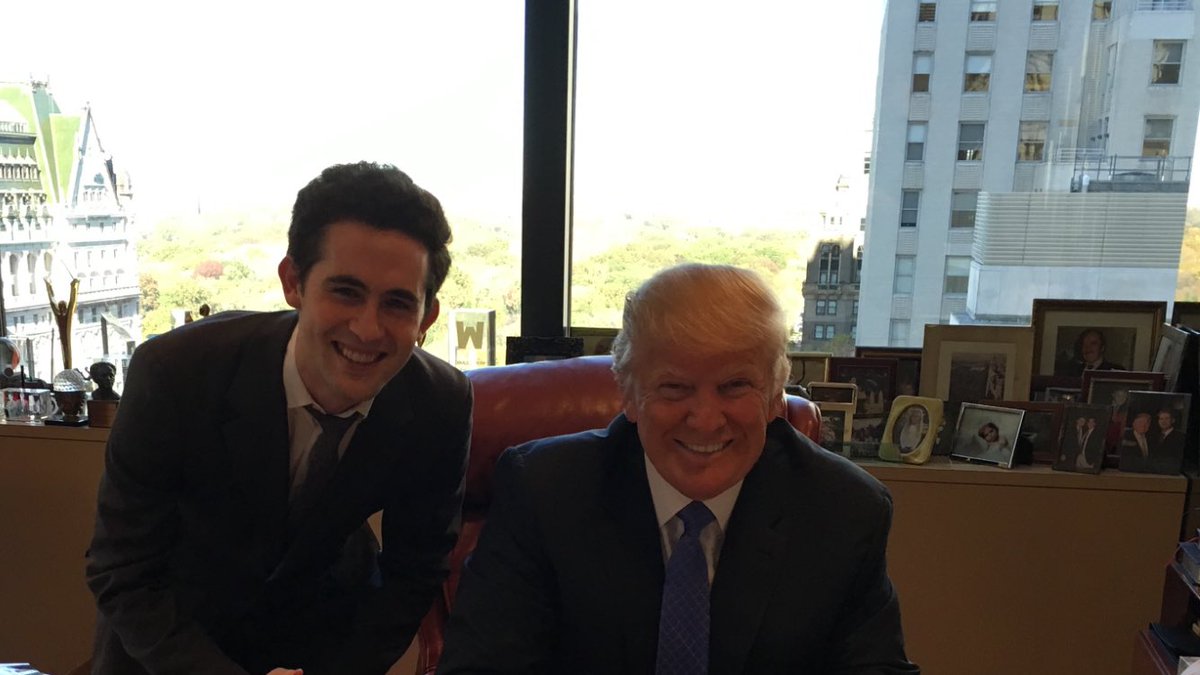 Avi Berkowitz was an undergrad at Queens College when he met Jared Kushner during a game of pick-up basketball at a Passover celebration in Phoenix, Arizona.

Kushner, then a young real-estate mogul from New Jersey, took a liking to Berkowitz — who, like Kushner, was raised in an Orthodox Jewish home in the New York City suburbs.

At the time, neither could have predicted that just a few years later Kushner, senior adviser to his father-in-law, President Donald Trump, would be one of the most powerful people in the country and Berkowitz his right-hand man.

Berkowitz, now 28, is in many ways Kushner’s protégé, following him to Kushner companies, then to Trump’s campaign, and now to the West Wing. Both Ivy League-educated lawyers, the two have matching dispositions and similar worldviews, influenced by their Jewish schooling and deep ties to Israel, according to several of Berkowitz’s friends who spoke with Business Insider. Berkowitz reflects a larger trend in a White House staffed by friends and family of the president that prizes loyalty and deprioritizes political experience.
Read the full article by Eliza Relman at Business Insider Australia.