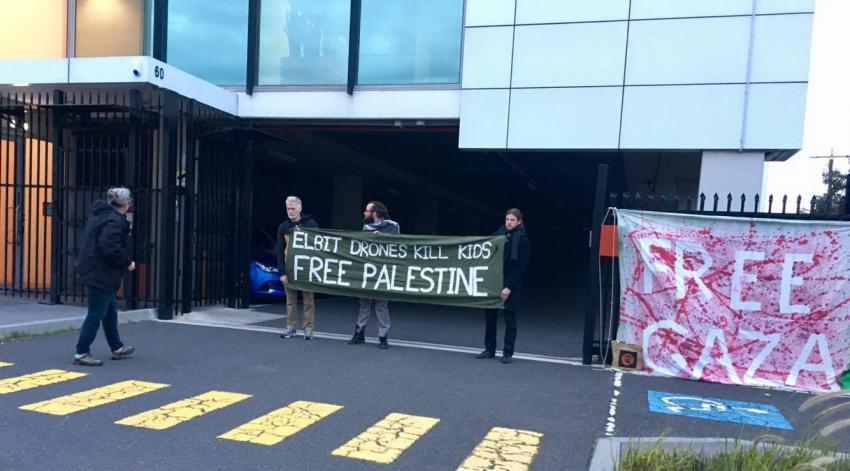 Activists from Whistleblowers, Activists and Citizens Alliance (WACA) blockaded the entrance to the office of Israeli arms manufacturer Elbit Systems in Port Melbourne on July 7 as part of international week of action.

In a statement, WACA said: “We are here today to call on the Australian government to end military trade deals with Israel and to cancel all domestic contracts with Elbit Systems. We, like many other groups around the world, call on the UN and all governments to take immediate steps to implement a comprehensive and legally binding military embargo on Israel, similar to that imposed on South Africa during apartheid.”

Elbit Systems manufactures weapons and surveillance equipment, which it advertises as “battlefield tested”, due to their use against the people of Gaza. It makes parts for the drones used by the Israeli Defence Force (IDF). Elbit’s Australian subsidiary manufactures equipment for the Australian Defence Force. According to its website: “Elbit Systems is the largest defence company in Israel and one of the top 30 companies worldwide in terms of defence revenues.”

WACA activist Gaye Demanuele said: “We take this action as we cannot stand by while 1.8 million people are held hostage in the open-air prison of Gaza. Israel subjects the Palestinian people to conditions which impoverish and traumatise them.