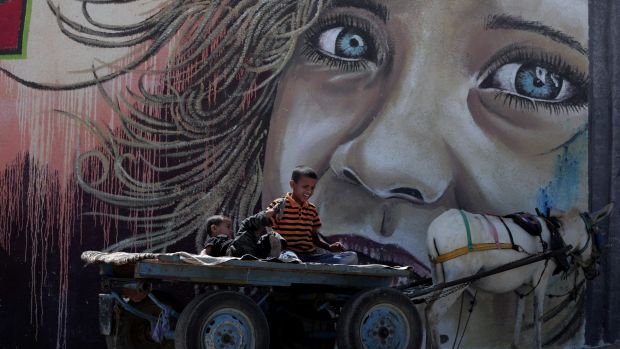 Writers and Palestine review: When bearing witness becomes a challenge

The collated responses duly appeared as Authors Take Sides on the Spanish Civil War – an iconic literary intervention into 20th-century politics. The ghost of Nancy Cunard haunts the two new books about Palestine, the quintessential crisis from the last century stubbornly unresolved in our own.

In Kingdom of Olives and Ash, Ayelet Waldman (author of, most recently, A Really Good Day) and Michael Chabon (Moonglow) collect the testimony of authors who visited Palestine/Israel in 2016 in delegations facilitated by the Israeli NGO Breaking the Silence, while, in This is Not a Border, Ahdaf Soueif and Omar Robert Hamilton present pieces emerging from the Palestine Festival of Literature, an event that, since 2008, has tried to offer a world-class literary event in defiance of Israeli occupation.

“Because of the circumstances under which it operates,” Soueif and Hamilton explain, “PalFest is more or less structured afresh each year. We can never be certain which spaces or roads will be open to us or what the difficulties we’ll face will be. Sometimes our events are closed down or made very hard to get to.”

Visiting writers are thus subjected (albeit briefly) to the bureaucratic oppression endured by the locals, an experience that many participants clearly found overwhelming.

Read the full article by Jeff Sparrow at the Sydney Morning Herald.