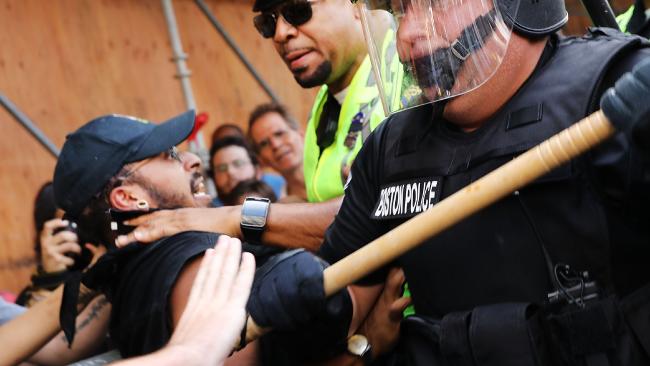 Thousands of anti-­racism marchers flooded the streets of Boston yesterday, dwarfing a gathering of white nationalists in the city and triggering scuffles with police but avoiding the serious violence that marred a similar event a week earlier in Virginia.

A so-called “free speech” rally by far-right groups had been scheduled to run until 2pm (4am AEST), but a half-hour before that police escorted its participants — whose numbers appeared to be in the dozens — to safety past a throng of anti-racism protesters.

Officials estimated the turnout as about 40,000 demonstrators. Authorities said 27 people were ­arrested, mostly for assault and battery against the police, and disorderly conduct.

Aerial photos showed counter-protesters filling one of Boston’s main streets for several blocks, in a huge outpouring of anti-racist sentiment in this strongly Democratic northeastern city.