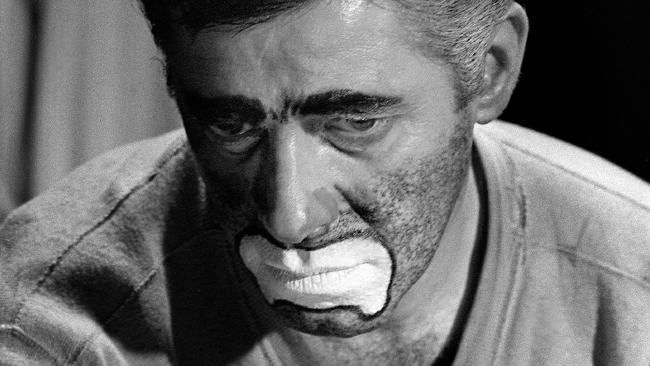 Jerry Lewis: The movie he was too ‘embarrassed’ to release

JERRY Lewis will be remembered as one of the greatest entertainer’s in showbiz history but even he made career mistakes.

The comedian, who died this morning from natural causes aged 91, was so ashamed of a movie that he wrote, directed and starred in that he banned it from ever being released.

The film is called The Day The Clown Cried and Lewis made it back in 1971.

“I was embarrassed,” the legendary entertainer said about the film in 2013.

“I was ashamed of the work and I was grateful that I had the power to contain it all and never let anybody see it. It was bad, bad, bad.”

So what’s the movie about? Strap yourself in, it’s a doozy.

In the film, Lewis plays a German clown named Helmut Doork who is sent to a WWII prison camp after mocking Hitler in public.

Once inside he ends up performing for Jewish kids who are also imprisoned and ultimately ends up trying to keep them entertained as he guides them into the gas chambers at Auschwitz.

Read the full article at news.com.au.