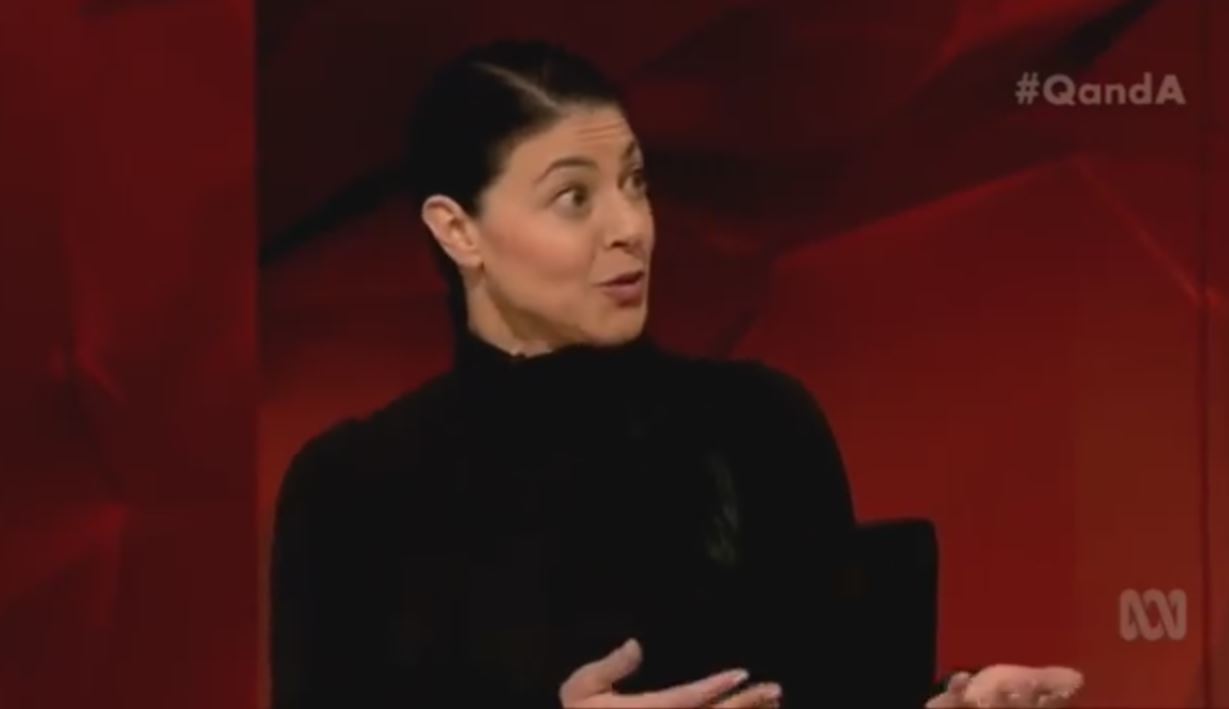 On the ABC Q&A program Israel MK Merav Michaeli expressed gratitude for the Jewish community in Australia and NIF for bringing her to Australia.

Merav Michaeli has public appearances coming up in both Sydney and Melbourne:

Here is the video of what transpired following a question from Irving Wallach from the NIF. The transcript of the exchange can be found below the video.

"I come from a political tradition that welcomes diversity of voices… I look from afar and think that [Israeli] democracy would be healthier … if there wasn't an attempt to shut down dissident voices. I think we benefit from dissident voices. I think we benefit from criticism … and not trying to shut down opposing voices."Great discussion on #QandA last night on what's happening in Israel from visiting Knesset member Merav Michaeli and Shadow Attorney General Mark Dreyfus.Well done Habonim Dror Australia, Ameinu Australia and others for bringing Merav to Australia.