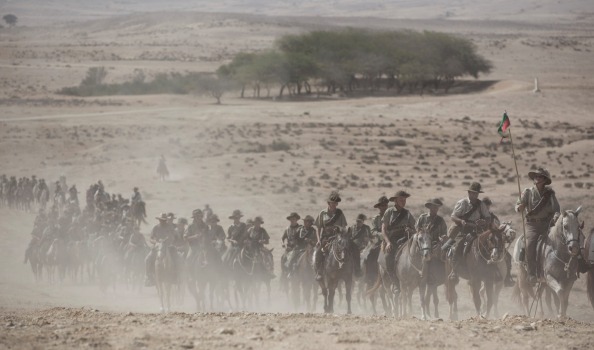 In the Beersheba desert sands, a friendship blooms

Beersheba in Israel’s south is fast earning a reputation as the nation’s high-tech hub, an oasis of innovation in the Negev desert.

One hundred years ago on October 31, the desert town was the site of fierce fighting between the British-led forces, Australian and New Zealand troops prominent among them, and the decaying Turkish Ottoman Empire with their German allies.

The commemorations overnight marking the battle has attracted hundreds of Australian tourists, while the significance of the event has gained added lustre with the presence of Prime Minister Malcolm Turnbull and Opposition Leader Bill Shorten, along with a number of government and Labor frontbenchers.

But the Australian Light Horse Regiment’s glorious victory has also been embraced by modern-day Israel, which in 1917 did not exist.

Read the full article by Andrew Tillett at the Financial Review.