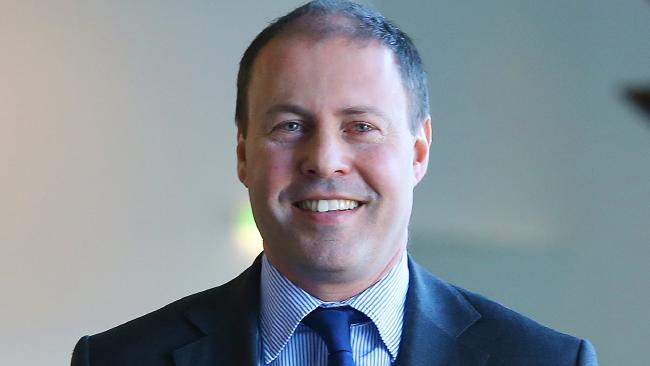 Josh Frydenberg caught between monstrous history and an uncertain fate

The ghastly possibility facing Josh Frydenberg is that, despite his mother being rendered stateless by the Nazi machine as it tried to obliterate Jews from Europe, his political career has been placed in jeopardy more than 70 years later because Hungary has since tried to rectify the wrongs of its dark past.

Frydenberg, facing down claims that he might be ineligible to sit in Parliament because he holds dual citizenship, spent Friday dismissing as “absurd” the idea he was a Hungarian citizen by descent.

He pointed out that a Hungarian law of 1939 stripped Jews of their citizenship, declaring them to be aliens.

His mother was born in Hungary in 1943, a year before she and her parents were forced by the Nazi-controlled government into the hell of the Jewish ghetto in Budapest.

They survived, though tens of thousands of others were killed. A plan by Heinrich Himmler, Hitler’s architect of the Holocaust, to massacre everyone in the ghetto was averted before the war ended.

Five years after the war Frydenberg’s mother, Erica, came to Australia with her parents from a European stateless persons’ camp.

Read the article by Tony Wright in the Sydney Morning Herald.