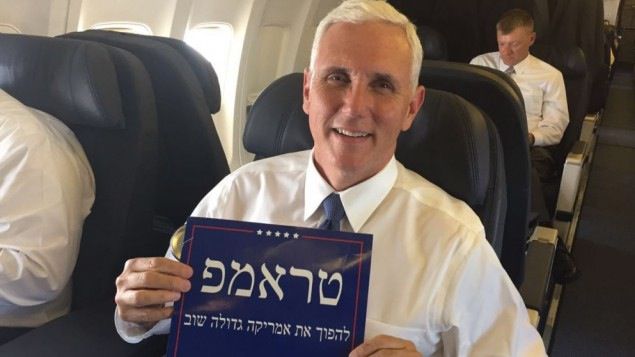 Mike Pence ‘not welcome’ in Palestine on coming regional visit

A senior Palestinian official yesterday said US Vice-President Mike Pence was “not welcome in Palestine” during his upcoming regional visit after a White House decision to recognise Jerusalem as Israel’s capital.

“The American Vice-President is not welcome in Palestine,” said Jibril Rajoub, a senior member of Palestinian President Mahmoud Abbas’s Fatah.

Mr Rajoub also signalled Mr Abbas would not meet Mr Pence during his planned visit later this month. Mr Abbas has not made similar comments and his office could not immediately be reached.

The White House said cancelling a planned meeting between Mr Abbas and Mr Pence would be “counter-productive”.

Read the report in The Weekend Australian.