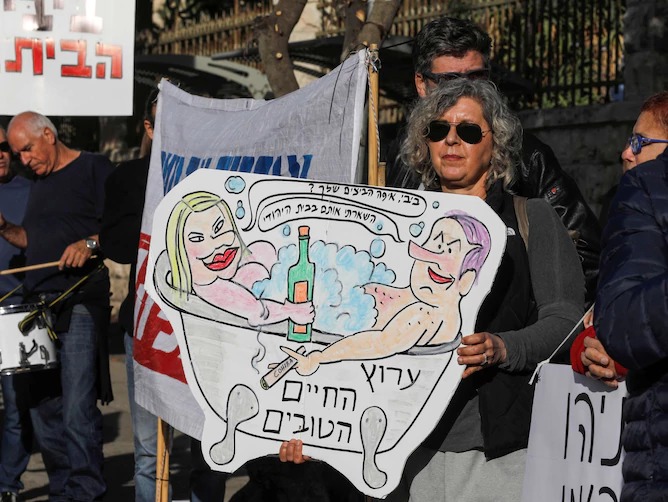 ISRAELI Prime Minister Benjamin Netanyahu vowed to carry on overnight after police recommended indicting him on corruption charges, angrily dismissing the allegations and the critics calling on him to step down.

With his coalition partners dutifully lining up behind him, the longtime leader readied himself for a prolonged battle over his political legitimacy as the Attorney-General considers whether to ultimately press charges.

The police announcement that Mr Netanyahu’s acceptance of nearly $US300,000 ($381,000) in gifts from two billionaires amounted to bribery sent shockwaves through the Israeli political system and delivered a humiliating blow to Mr Netanyahu after years of allegations and investigations.

But it did not appear to immediately threaten his lengthy rule as reaction largely fell along partisan lines.

Nearly all of Netanyahu’s Cabinet ministers issued statements of support and his coalition partners all signalled they would stick by him, for now.

Read the report from AP – News Corp in Perth Now.