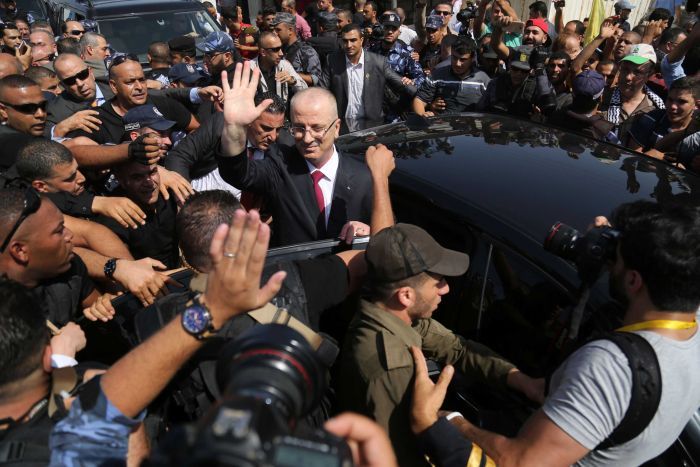 An explosion targeted Palestinian prime minister Rami Hamdallah’s convoy as he arrived in the Gaza Strip on Tuesday for a rare visit, lightly wounding seven people, officials and witnesses said.

Hamdallah was not injured in the explosion, which occurred shortly after his convoy entered the territory run by Islamist movement Hamas, a security source in the convoy said.

Palestinian intelligence chief Majid Faraj was part of the convoy but was not hurt either, the security source said.

There was no immediate claim of responsibility. Radical Islamists opposed to Hamas also operate within the Gaza Strip and have regularly been behind unrest there.

The Hamas interior ministry confirmed there had been an explosion and said security forces were investigating the incident.

It said it would not derail Hamdallah’s visit, which comes as reconciliation agreement between Hamas and Abbas’s Fatah party falters.