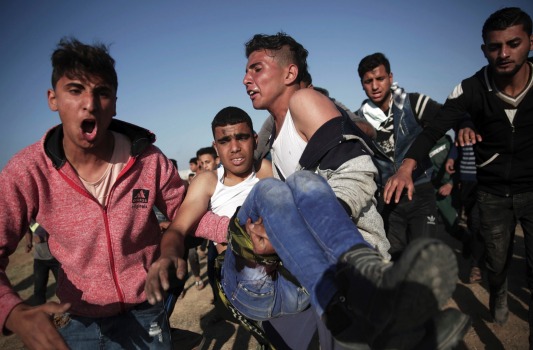 After Gaza clash, Israel and Palestinians fight with videos and words

Days after the deadly flare-up along Israel’s border with Gaza, during which Israeli troops killed 15 Palestinians, a new war of videos and strong statements has erupted over what happened, and why.

The violence has waned in what was the bloodiest day in Gaza since the war of 2014, but both sides have been pressing their cases to defend their actions.

Palestinians view the events as a legitimate protest that was met with disproportionate force by Israeli soldiers.

Israel says it acted judiciously to prevent a breach of its borders led by Hamas, the Islamic group that controls Gaza. The toll would have been higher, Israel says, if the protesters had managed to break through the security barrier.

Read more by Isabel Kershner in The Australian Financial Review from the New York Times.