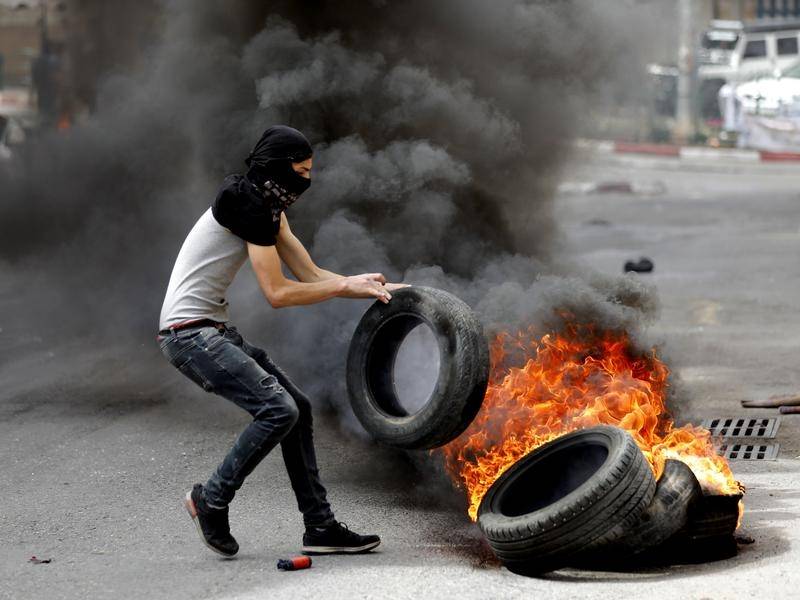 Israeli troops have shot dead four Palestinians on the Gaza-Israel border, bringing to 35 the death toll among Palestinians protesters demanding the right to return to their former homeland.

Gazans used catapults and slingshots to launch stones at Israeli forces, and some Palestinians brought wire-cutters to cut through the border fence, ignoring leaflets dropped by the Israeli military warning residents not to approach the frontier.

The planned six-week protest campaign reached its half-way point on Friday, which saw smaller crowds than in recent weeks. As the numbers peaked during the afternoon, Israeli soldiers called out warnings in Arabic over loudspeakers to anyone who approached the border fence.