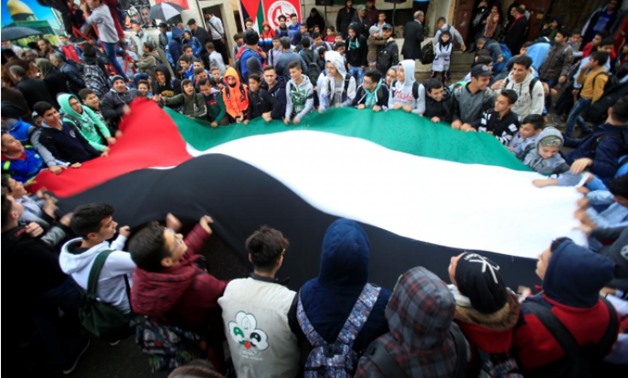 Arabs in the Middle East reverberate without understanding

The following is a summary of the article “Reverberate Without Understanding” by Mr. Sam Nan, Chief Editor of the Arabic Weekly Al Anwar” published on 18 May, 2018.

Most people in some Arab countries have absorbed false information and wrong history breeding in them hatred of the Arab world generally and the USA and Israel in particular and mostly for religious not political reasons. Mr. Sam Nan said they drank a cup full of “the Jews are enemies” and another cup full of “the members of the American Congress are Jews” and at the same time such detractors dream of living and working in America, eating its food, wearing its clothes and enjoying its amenities and when they return to their country they join the demonstrations against America, castigate its policies and ignorantly say “America is Jewish”.

Mr. Sam Nan says that many people do not know that Israel is a successful, progressive country and those who say “Israel does not want peace” merely reiterate what they were told without real understanding. He said the Israeli people, like other people in the world, desire to live in peace and if  Israel’s policy was based on war and destruction it would not have progressed to its current level.

For that reason, he says, we find the Arabs everywhere in the world demonstrate their opposition to the transfer of the American Embassy to Jerusalem without really knowing why they do so. Nan wished such opposition had a political basis or wisely based but said that the reality is they reverberate without really understanding.

The above summary is written is by Mr. Saeed Al Kateb who translated the full article .