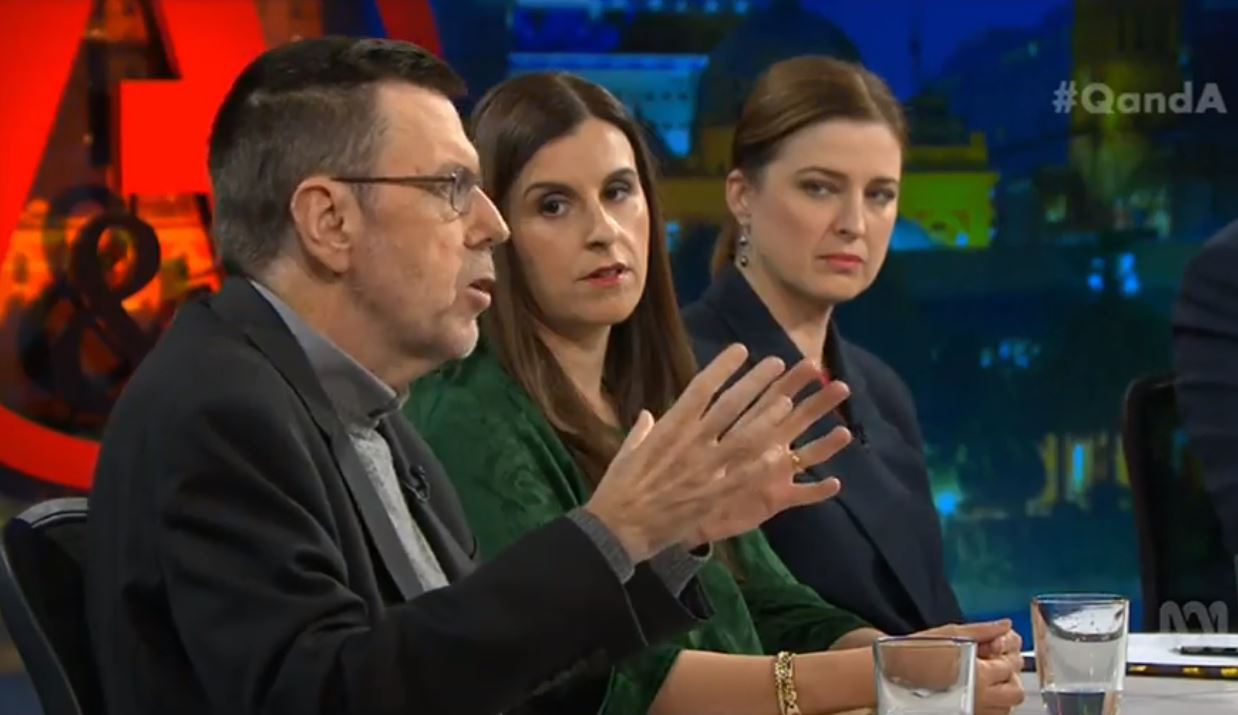 Unsurprisingly Tony Jones gave pro-Palestinian propagandist Randa Abdul-Fattah plenty of extra time to expound her own views regarding the recent events along Gaza’s border with Israel and the on-going nature of the Israeli-Palestinian conflict. Note how Jones continually interrupted Greg Sheridan and deferred favourably to Randa Abdul-Fattah.

You are invited to respond with comments that expose the misinformation that the ABC has willfully allowed to be expressed on this program.

The full program, questions and transcript of this program can be found here.

[Ed: One only has to listen to the first question put by Amin Abbas in which he said, “Last week, the Israeli Army killed 60 unarmed Palestinian protesters – including women and children.”

There has been a death reported of an 8 month old child brought to the border area by a foolish mother who put her own child at such risk. To my knowledge there have been no women killed with around 50 of the deaths being Hamas operatives who were most certainly armed and carrying out menacing actions that were threatening the safety of Israelis living close to the border with Gaza.]